Almost everyone is likely to snore at one time or another. It has been found in all age groups. About 10 percent or more of children snore on most nights. Snoring is a noise that occurs during sleep when a child breathing in and there is some blockage of air passing through the back of the mouth. The opening and closing of the air passage causes a vibration of the tissues in the throat. Children who are three years or older tend to snore during the deeper stages of sleep. Nasal obstruction raises the risk of snoring. Primary snoring is defined as snoring that is not associated with more serious problems, such as obstructive sleep apnea (OSA), frequent arousals from sleep, or inability of the lungs to breathe in sufficient oxygen. 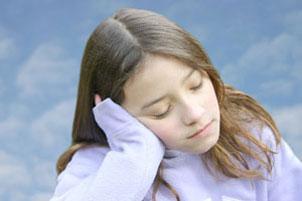 Loud and regular nightly snoring is usually abnormal in otherwise healthy children. It can be a sign of a respiratory infection, a stuffy nose or allergy, or a symptom of underlying sleep apnea. Parents of a child with sleep-disordered breathing (SDB) are much more likely to report that their child has behavioral or emotional problems. In 2002, the American Academy of Pediatrics recommended that all children be screened for snoring and that a diagnosis be made to determine if a child is experiencing normal primary snoring or OSA.

People who snore have a higher rate of heart disease, which is a leading cause of death in the U.S. Snoring can also be a sign of obstructive sleep apnea (OSA). OSA raises your risk of having heart problems.

Contributing factors to sleep apnea may be obesity, nasal allergies, asthma, GERD (gastroesophageal reflux disorder), an abnormality in the physical structure of the face or jaw, and medical and neurological conditions. In children, the most common physical problem causing sleep apnea is large tonsils.

By the age of two years, most children have spent more time asleep than awake. Overall, a child will spend about 40 percent of his or her childhood asleep. Sleep is especially important for children, because childhood is an important time for the brain to mature and to develop. Thus, anything that disrupts the integrity of a child’s sleep can result in significant impairment of mental or physical development. As mentioned before, parents of a child with sleep-disordered breathing (SDB) are much more likely to report that their child has behavioral or emotional problems. SDB causes sleep disruption and changes in oxygen levels that may affect how a child’s brain develops. Sleep apnea in infants has been linked to some cases of Sudden Infant Death Syndrome (SIDS).

Sleep apnea is a disorder in which there are pauses in breathing during sleep. Children with sleep apnea may snore loudly, experience restless sleep and be sleepy during the day. Enlarged tonsils or adenoids, nasal allergies, asthma, GERD (gastroesophageal reflux disorder), obesity, and medical and neurological conditions may contribute to sleep apnea. In children, the most common physical problem causing sleep apnea is large tonsils. 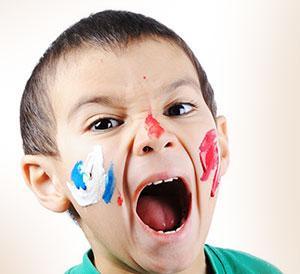 Undiagnosed and untreated sleep apnea may contribute to daytime sleepiness and behavioral problems, including difficulties at school. One recent study of 866 children found that children who frequently snore or have sleep disorders are twice as likely to have learning problems. Following a night of poor sleep, children are also more likely to be hyperactive and to have difficulty paying attention. These are also signs of attention-deficit hyperactivity disorder (ADHD). Failure to treat OSA or SDB puts children at risk for long-term behavioral problems. Indeed, obstructive sleep apnea (OSA) may also be associated with impaired growth and cardiovascular problems. Evidence suggests that growth hormone secretion is adversely affected, thereby disturbing growth.

Fortunately, there is convincing evidence that treatment of OSA in children results in improvement in several quality of life measures, including reduced sleep disturbance, physical symptoms and hyperactivity. Other effects of treatment are improved school performance and reduction of cardiovascular abnormalities. It is estimated that up to 25% of children with ADD or ADHD may have sleep apnea, which, once treated, may lessen or resolve the behavioral problems completely.

Surgery remains the first line of treatment for OSA in children. The most commonly performed surgical procedure for the treatment of OSA in children is adenotonsillectomy (T&A). The success rate of T&A has been heavily debated in the medical community. Recent research studies have indicated a variable range of successful treatment of OSA, typically between 50-75% of cases. In children the size of the airway is relatively small in relation to the size of the tonsils and adenoids, as compared to adults. This increased size of the tonsils and adenoids results in a greater role in obstruction of the airway during sleep. As such, the disorder is most common between 2 to 6 years of age, when the lymphoid growth is greatest in childhood. Through T&A, the removal of tissues in the upper airway relieves obstruction and improves airflow. Following T&A, the upper airway stability is improved. It is important to emphasize that both tonsillectomy and adenoidectomy should be performed, if the objective of the operation is to improve airway obstruction in OSA. Although isolated adenoidectomy or tonsillectomy does improve OSA, the improvement may be incomplete, thus leading to further surgical procedures down the road. A sleep study should be performed 1-2 months after surgery, to ensure successful results from surgical treatment. It's important to remember that although the success rate of surgery is good, many children have persistent OSA even after surgery. 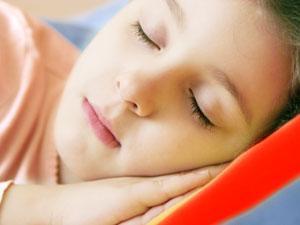 In some cases, T&A does not completely eliminate OSA. Therefore, it is important to perform a post-operative sleep study 2-3 months after surgery to ensure successful treatment. Further, if your child has persistent symptoms of unrefreshing sleep, fatigue, attention deficit, or hyperactivity, then a follow-up sleep study is essential. Post-operative OSA persistence occurs when a child has significant nasal obstruction or maxillomandibular deficiency (i.e., a small or narrow jaw). In these cases, the other problem areas need to be addressed. If obstruction is caused by a narrow nasal airway or narrow upper jaw, then orthodontic expansion (i.e., maxillary expansion) to widen the upper airway may be helpful. The upper and lower jaws can be expanded by orthodontic treatment, usually without the need of surgery. Maxillary expansion is often performed in children with obvious jaw deformity or when there is residual OSA after T&A. The goal of the treatment is to widen the upper and/or lower jaws with an orthodontic appliance. This treatment is typically performed in children around 7-10 years of age. Delaying orthodontic expansion into the teenage years can create problems because a significant degree of jaw maturation has already occurred. In these cases, jaw surgery may need to performed first, to allow for orthodontic expansion.

Notably, an increasing number of kids and teens with OSA are best being treated with nasal continuous positive airway pressure (CPAP). This option is especially helpful when surgery is not completely successful or if surgery is not an option. With the proper family education and parental support in place during the initiation of CPAP treatment, children with OSA do very well with CPAP treatment. Also, results from CPAP treatment come very quickly, usually within one month's time. CPAP is the treatment most often used to treat OSA in adults. It is a device which blows air into the back of the throat to keep the airway open while your child sleeps. The air is delivered through a small hose attached to a mask worn over the nose. The right amount of air pressure necessary is different for each child. An overnight CPAP study will help determine what level is right for your child. We work very closely with our patients during this process at Dallas Sleep. After a brief adjustment period of 1-2 weeks, most kids are comfortable sleeping with CPAP. In fact, many children notice the difference in how much better they feel after just a few nights of treatment! The symptoms of unrefreshing sleep and feeling tired can be reversed very quickly.