A lot of attention has been focused on diagnosing and treating obstructive sleep apnea (OSA) in adults, and rightly so. But in all this excitement and interest, we have lost sight of our children. Children are also affected by sleep disorders, including those commonly found in adults, such as snoring, obstructive sleep apnea, insomnia, and restless legs syndrome. According to the National Sleep Foundation, more than two-thirds of children in America experience sleep problems at least a few nights a week. Unfortunately, children do not usually complain of sleep problems.

Did you know that snoring is not considered to be a normal condition in children? In fact, the American Academy of Pediatrics has recognized the importance of screening for snoring in kids, and they recommend evaluating all children who snore for underlying sleep apnea. That’s because sleep apnea in children has been linked to several significant problems. Some of these problems include growth and developmental effects, mood and learning disorders (i.e., irritability, depression, ADHD), and social dysfunction (e.g., difficulty interacting with friends or family members). Interestingly, children with OSA do not present with symptoms similar to adults with OSA. In children with OSA, symptoms of hyperactivity, irritability, or the inability to focus and concentrate may be more common than fatigue, excessive daytime sleepiness, or unintentional dozing. However, one symptom that is often shared by both children and adults with sleep apnea is waking up feeling unrefreshed from sleep. Therefore, it’s important for adults to pay special attention to their child’s sleep habits and to look out for any overt problem signs.

Another common sleep issue is insomnia. Frequently, parents will complain that their child is not sleeping through the night, thereby affecting everyone else’s sleep. Insomnia itself is not a distinctive diagnosis in children. On the contrary, it is almost always a symptom of another underlying condition. Some examples of causes of insomnia are environmental factors, social stress (e.g., family conflicts), obstructive sleep apnea, restless legs syndrome, and movement disorders. Once the underlying cause of insomnia is determined, effective treatment can be initiated. The keys are for parents or caregivers first to recognize the signs and symptoms, and then to seek the medical help of a sleep disorders specialist. Without medical attention, some sleep disorders can go on for years, being unrecognized and untreated, ultimately resulting in more severe problems in adulthood. 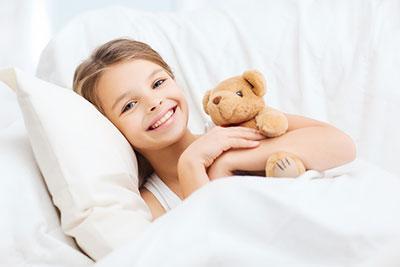 Finally, restless legs syndrome (RLS) has received a lot of attention recently. This attention is well deserved, because RLS is a common medical problem for both children and adults. Often people misunderstand RLS. RLS is an uncomfortable or unpleasant sensation that occurs primarily in the legs, usually in the evening or at night. It is characterized by the urge to move the legs to relieve discomfort, and movement of the legs is associated with a temporary relief of the symptoms. RLS may be due to reduced iron stores. Therefore, a medical work-up with laboratory testing is necessary to rule out any potentially treatable underlying causes, such as iron deficiency or anemia. RLS usually prevents or delays the onset of sleep, and it may cause sleep disturbance during the night. Children with RLS may complain of uncomfortable or unpleasant sensations in their legs. In some cases, children may complain of soreness in their legs. If these symptoms persist for more than a few days, then it is advisable to seek medical attention. RLS has also been associated with ADHD. 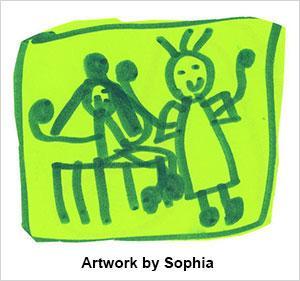 Unfortunately, sleep problems are highly prevalent among children but seldom discussed, recognized, or treated at regular office visits with the doctor. It is especially important that parents and caregivers give special attention to recognizing the signs and symptoms of potential sleep disorders. Parents and caregivers should seek the advice of a sleep disorders specialist when these problems occur. Furthermore, increasing evidence suggests that a variety of childhood sleep disorders are associated with inattention, hyperactivity, and underlying cognitive impairment that may have significant adverse effects on development and school performance. We do know that poor or inadequate sleep results in slowed metabolism, weight gain, and a generalized decline in health. The complete impact of sleep disorders on the growth and development of children is still not entirely known, but the current evidence and the growing obesity epidemic suggest that this may be a very substantial problem, indeed.

Is Your Child Getting Enough Sleep? Sleep problems can affect children as well. In fact, children may be more vulnerable to the effects of sleep disorders in the early, formative years. Also, it can be hard for a child to let parents or caregivers know that they are having a problem. Often children are unaware, and it’s the parents, caregivers or teachers who first notice a problem. For example, you may know of a child who has been diagnosed with ADD or ADHD (Attention-Deficit or Attention-Deficit Hyperactivity Disorder). Often children diagnosed with this type of disorder are placed on strong medications to help regulate their behavior. However, research studies have shown that up to 25% of children with ADD or ADHD may have OSA which, once treated, may help to lessen or to resolve the problems completely.

Sleep is vital for a child’s health and overall development, learning and safety. A lack of sleep can impair a child’s performance in the classroom, stunt physical abilities, shorten attention span, and hinder social growth. The National Institutes of Health conservatively estimates that between 30 to 40 percent of children do not sleep enough. Furthermore, children’s daytime behaviors are often related to their sleep habits. Children with sleep disorders may appear sleepy or tired during the day, or they may have difficulty waking in the morning.

Other common problems affecting children’s sleep include insomnia, sleep-disordered breathing (SDB), restless legs syndrome, nightmares and sleep terrors, sleep walking and sleep talking, and bed wetting. If your child is struggling with any of these problems, please contact us at The Dallas Center for Sleep Disorders. We can help you.