The Case For Later School Start Times For Teens 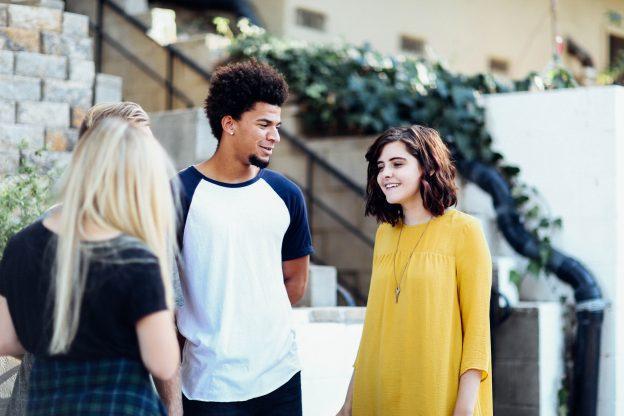 If you have a teenager, you’ve likely noticed that they tend to sleep half the day away when Saturday rolls around. Maybe you’re not surprised — teens aren’t particularly well known for their early bedtimes, either. And when the alarm begins to screech at 6:00 on Monday morning, it probably seems like everyone hears it but them, making school mornings an exercise in mutual torture. Even if you have a kid who can’t get enough of algebra, getting them up and moving in time for the bell isn’t always easy.

From Our Partner: 10 Bad Sleep Habits You Have To Break ASAP

Frustrating? Maybe. Another thing to chalk up to the joys of adolescent laziness? Maybe not. More and more parents and experts are calling for later school start times, and not just because they’re going gray prematurely.

There’s evidence that shows that kids need more sleep as they approach adolescence: about nine hours on average, as compared to the seven hours or less most report getting. What’s more, they need it later than they once did.

You can thank melatonin for that. Melatonin is a hormone that’s made in the pineal gland, which comes to life when the sun goes down. As children enter puberty, their bodies secrete melatonin later in the day than it once did, even in optimal sleep environments that are dark and quiet. As a result, the onset of sleep shifts to later times. Translation: The whole sleep-wake cycle goes bonkers.

So when your child starts dozing off in class and sleeping through quizzes, it might not just be because they like to annoy you.

Read More: Know the Effect of Sleep on Learning

Are later school times the answer? They could be. More and more studies are showing at least some improvement in teens’ academic achievement in schools that ring the bell a little later. Compared to schools with early school start times, schools that started at 8:30 in the morning or later had a marked overall academic improvement in their newly well-rested teen students.

Even without the promise of better grades and cognitive function, there’s another very good reason to consider later school start times: your child’s safety.

Sleep deprivation is a well known risk factor when it comes to automobile and athletic accidents. Among other things, sleep deficiency can cause a slowed reaction time. A newly-minted driver’s license in the hands of the sleep deprived can be a dangerous thing, especially considering that the majority of adolescent unintentional injuries — the leading cause of death among teens — occur in an automobile accident.

Throw in the standard sense of teen invincibility and a cell phone, and you’ve got a recipe for disaster. Keeping your kids well-rested could mean keeping them at the top of the class, but more importantly, it could keep them safe. Is there anything more important to a parent than that?

What do you think? Are early school start times here to stay? Or should we let sleeping teens lay? 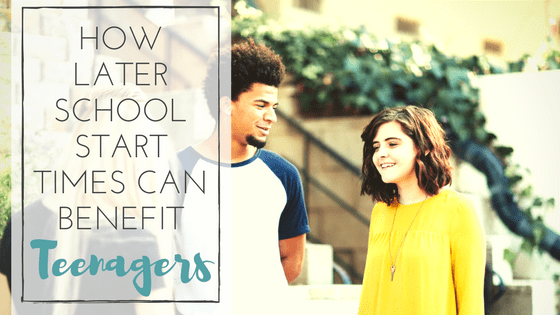