New Year’s Resolutions: Know the Effects of Sleep on Learning 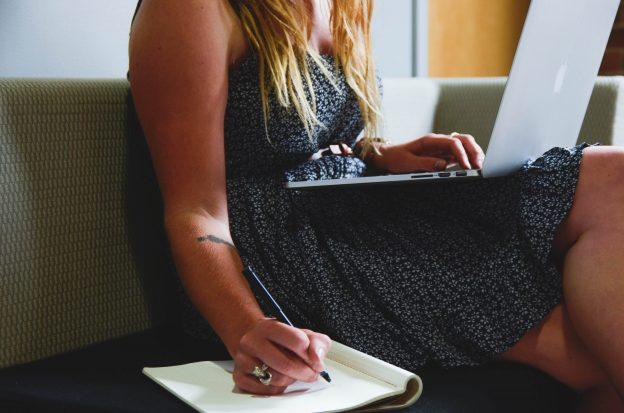 All week long, we’ll be talking about how you can keep your New Year’s resolutions in 2017 by fostering healthy sleep habits. Don’t forget to catch up on what you missed! Today we’re talking about the effects of sleep on learning new things.

Next to shedding weight and committing to healthier food and lifestyle choices, there’s no resolution more popular than “learning something new”. With 365 shiny new days stretched out in front of you, you may decide that it’s time to finally learn a new language or pick up a new skill.

And that’s great! As we get older, though, we find it’s harder and harder to keep that resolution. Spend enough time out of the classroom and you may find that learning something new is harder than you think – no matter how eager you are

Resolve to Learn Something New This Year

There are tons of reasons picking up and retaining new information gets tougher as we age. Some of it is carving out the time you need to dedicate yourself to picking up a new skill. Part of it may be that you’re a little rusty if enough time has elapsed since you were a traditional student.

But what if everything else is in order: when you’ve found the time, bought the books, and dusted off your thinking cap? If your brain still rebels, better sleep might be just what you need to start conjugating those irregular French verbs, learning how to code, or even learning how to whittle.

We all know, deep down, that sleep is vital to learning and memory. It’s why you ended up bombing the final in college after a late night, even if you spent it studying. It’s why we insist on our kids getting a full night’s rest before packing them off on a full stomach from Kindergarten to Senior year. It’s why the least productive work days crawl by in a fog after an evening of chores and catch-up.

Our moms were all right, after all: to learn well, we must be well-rested.

Our Brains Are Busy Even When We’re Not

While it’s widely accepted that sleep plays an extremely important role in how we learn, we’re still hammering out exactly how and why that is. Here’s what we know for sure:

Human sleep is cyclical – a full cycle of restful sleep is comprised of four phasess of non-rapid eye movement sleep (NREM) and one phase of rapid eye-movement sleep (REM). Two of those NREM phases – phases 3 and 4 – are known collectively as Slow-wave sleep (SWS).

An average night of sleep will consist of four to five cycles of NREM and REM sleep, each of which will last about 90 minutes.

On the next page: Discover how sleep can impact your memory

Human memory isn’t just the broad concept of recollection. It can also be broken up into categories. The Effects of Sleep on Learning

Different types of sleep can affect memory in a few ways. For instance, in studies where episodic memory was studied, people who had healthy periods of SWS-heavy rest helped encode information better than their sleep-deprived counterparts.

On the other hand, one study that looked at sleep’s impact on semantic memory found that nightly REM sleep was vital to encoding that information. The brain is complex, and it shouldn’t surprise us that different phases and stages of sleep are important to the different categories of memory.

We need the whole package to really learn, particularly if the concept we’re hoping to digest is new to us, so all of them are important.

Read More: Sleep is Likely The Missing Piece in the Alzheimer’s Disease Puzzle

Sleep and the consolidation of memory are just one part of the puzzle, however. We also have to take cognitive development and performance, which can rely heavily on memory but fall into their own category.

Studies have shown that the cognitive skills that make learning possible are negatively impacted by sleep disturbance or disruption. Your ability to focus, to draw quick, accurate conclusions, and to process spatial concepts all suffer. Not only that, but skills you already do have, like the ability to do simple arithmetic, decline in the short-term as well.

Simply put: if you’re already working with a deficit, not only will you have trouble storing all of that new information, you may not even be able to process it the way you need to in the first place!

Skimping on sleep or waking often during the night can hinder the brain’s ability to store and recall information in both the short and long term. Why is that a big deal? Because it turns out that’s more at stake than your deposit at the community center’s Tuesday night competitive macramé class.

Consistent and long-term sleep deprivation has been linked to the development of serious diseases that affect the brain, particularly Alzheimer’s. So sleep that isn’t restful, is constantly interrupted, or never comes at all can put you at risk for bigger problems later in life. If you already have a tough time getting or staying to sleep, you really owe it to yourself to talk to a Board-certified sleep health physician to figure out what the underlying issue is – and how to overcome it.

Too Much Sleep Can Wreck Your Resolution, Too

Before you climb into bed to hibernate the rest of the winter months away, though, you should know that too much of a good thing ceases to be a good thing. A Harvard study showed that people who overshot the mark by sleeping nine to 10 hours a night don’t fare much better than their insomniac brothers and sisters.

How can that be? Well, it goes to sleep quality. It could be that if you’re constantly netting 10 or more hours of sleep a night, your body is trying to tell you something.

Sleep disorders like sleep apnea often leave you feeling fatigued all day long, even if you slept all night. All that snoring doesn’t necessarily mean you’re a sound sleeper. In fact, it might mean the opposite: the respiratory events associated with sleep apnea can deprive the brain of oxygen over and over again, all night long. That’s definitely not quality sleep, and will almost certainly impact your ability to learn something new.

Resolving to learn something new is a fantastic investment to make in yourself and your health. Keeping your brain in shape can fend off cognitive aging and bring a measure of fulfillment. But to get there, you’ve got to understand the effects of sleep on learning — and get to bed first. Don’t forget to join us tomorrow when we tackle the resolution to get organized and reveal how sleep can help you achieve that goal, too!

In the meantime, drop us a note in the comments about your own new year’s resolution, or stop by our Facebook page just to say hi!