5 Facts About Sleep Health Every Veteran Should Know 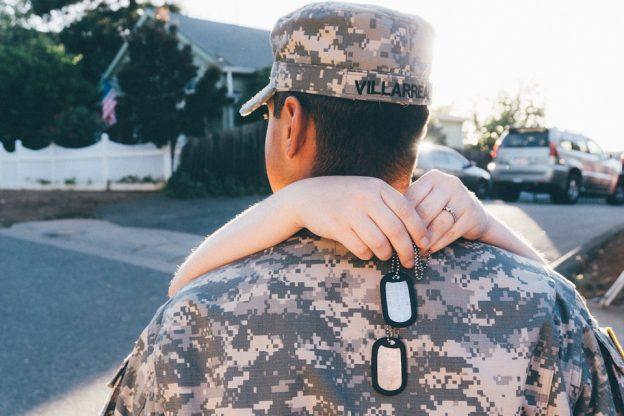 Each year on November 11th, we celebrate Veterans Day — a day set aside to honor, celebrate, and express our gratitude for the men and women who place country above self daily. But as the day is winding down and many of us settle in for a good night’s rest, many of those same veterans won’t find it easy to sleep at all.

Chances are, if you’ve served in the armed forces you’re no stranger to the sleepless night; in fact, veterans are four times more likely to experience a sleep disorder of some kind. There’s almost a sense of begrudging acceptance that comes along with long hours of insomnia or mornings in “the fog.” But the truth is that sleep disturbances and disorders can have very serious consequences on both physical and mental health — and they shouldn’t be taken as a matter of course. As we study how sleep disorders affect our service members, what we’re learning is much too important to ignore:

1. The number of veterans with an identified sleep disorder has been steadily increasing over the past decade and a half.

Between 2000 and 2010 a study that included over 9.7 million veterans found that the number of vets seeking treatment for sleep disorders climbed from 1% to 6%. To put that in context, we’re talking about a number that grew from under a hundred thousand patients to just over three quarters of a million patients.

That same study determined that 47% of those patients received a diagnosis of Obstructive Sleep Apnea (OSA), a serious condition that causes interruptions in respiratory function during sleep. Insomnia — which is characterized as by the inability to fall or stay asleep and is associated with an increased risk of depression — was the other main concern, accounting for 26% of diagnoses.

2. Vets with Post-Traumatic Stress Disorder may be disproportionately affected by sleep disorders.

Part of the reason for the increase in diagnoses and veterans seeking care for sleep-related disorders is the decrease in the amount of stigma members of our armed forces encounter when they experience them. In the past, a lack of sleep or sleep plagued by nightmares may have been perceived as being “all in your head.” It’s not.

Sleep disorders can manifest alongside both physiological conditions like chronic pain or Traumatic Brain Injury (TBI) and psychological conditions like depression and anxiety. What’s more, we now understand that PTSD has a physiological component as well as a psychological one. Coupled with military-led campaigns to eradicate post-combat stigma around seeking care for these conditions, these new perceptions have encouraged vets to seek the care they need.

Untreated disorders like OSA come with a long term set of risks that include cardiovascular disease, depression, and daytime fatigue so severe that it can lead to motor vehicle accidents. Under the wider umbrella of generalized insomnia, those risks also encompass mood regulation issues, anxiety, and trouble concentrating. For vets, this can be a double-whammy, particularly if they have received a PTSD diagnosis, considering that so many sleep disorder and PTSD symptoms and risks can intertwine with — and possibly exacerbate — one another.

For example: a study conducted by researchers at the University of California and presented at the Alzheimer’s Association International Conference found that, when compared to the veteran population as a whole, those diagnosed with a sleep disorder had an increased risk of developing dementia — about 30%. Alarmingly, that risk increased to 80% among veterans with co-diagnoses of a sleep disorder and PTSD.

5. People are starting to pay attention — and take action.

It isn’t all doom-and-gloom when it comes to what we understand —and what we’ve yet to learn — about sleep health and the way that it impacts our veterans. As it becomes clear how big a role sleep health plays to a better quality of life for veterans, we’re seeing more and more solutions available to the veterans who need them, and not all of them are quite what you’d expect.

One encouraging study noted that consistent CPAP therapy doesn’t just treat OSA in veteran populations: it can also decrease instances of nightmares in patients who also have PTSD, which can lead to better long-term mental and physical health outcomes. Even better, the study saw a marked decrease in nightmares after just a few months of regular treatment.

What’s more, weighted blankets, wearable technology, even dream “training” have all been added to the toolbox that veterans and their healthcare providers are using to increase positive outcomes for sleep-related disorders. Alongside traditional sleep interventions, pharmacology, and cognitive behavioral therapy, we’re more equipped than ever to get vets the care they deserve.